Did you know that 20% of the small businesses FAIL within their first year?

And that’s data from the U.S. Bureau of Labor Statistics.

Also, data from the U.S. Small Business Administration suggests that there are 30.2 million small businesses in the United States.

Now, I can talk about the business and management sides of this such as poor marketing, poor leadership, or inadequate market research.

However, in this post, I will talk about the number one reason why most businesses FAIL.

And that relates to the soft-side of skills.

No, I am not talking about the types of business failure that include skill set, experience, capital or connections, or not having an audience-first marketing strategy.

I am referring to one of the biggest weaknesses of human being- quitting.

Not because the ideas were not good enough, or that their inventors were not smart.

They simply failed because one, they never saw the light of the day, or two, they were abandoned too quickly.

One of my friends works for a large corporation, and he has both the skills and the experience to pursue this amazing idea that he had.

Yet, he gave up on that idea merely after two weeks.

When I asked him why didn’t he pursue that idea any longer, his response was that he does not get time between work and family.

I get that we all have responsibilities outside of work.

But orphaning your idea is like  abandoning your own child.

Implementing an idea and working on it could be an uphill task.

On the contrary, giving up on your idea takes a few moments.

Yeah, you might feel sad and nostalgic for some time.

But after some time, R.I.P that idea!

Do not be that guy who bumps into that awesome disruptive idea, and yet never execute that.

Or not be strong enough to pursue that idea even after multiple setbacks.

Who does not fail?

In fact, I advocate that true entrepreneurship is all about experimenting, failing, getting up, and walking even stronger than before.

Of course, it is easier said than done.

But if success was a piece of cake, everyone in this world would be sharing a piece.

Staying positive will help you handle setbacks in a constructive manner.

So next time, you have an idea or a startup, work on it will all your energy.

Do not listen to negative people focusing on “this cannot be done”.

Listen to your heart, your instincts.

I could have listed multiple reasons why businesses fail.

But the one I discussed in this blog post is more important than all others combined.

What’s your take on this?

For exclusive strategies not found on the blog 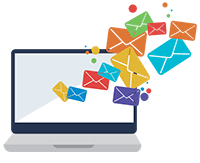 Get the best Digital Growth Hacks delivered right to your inbox.